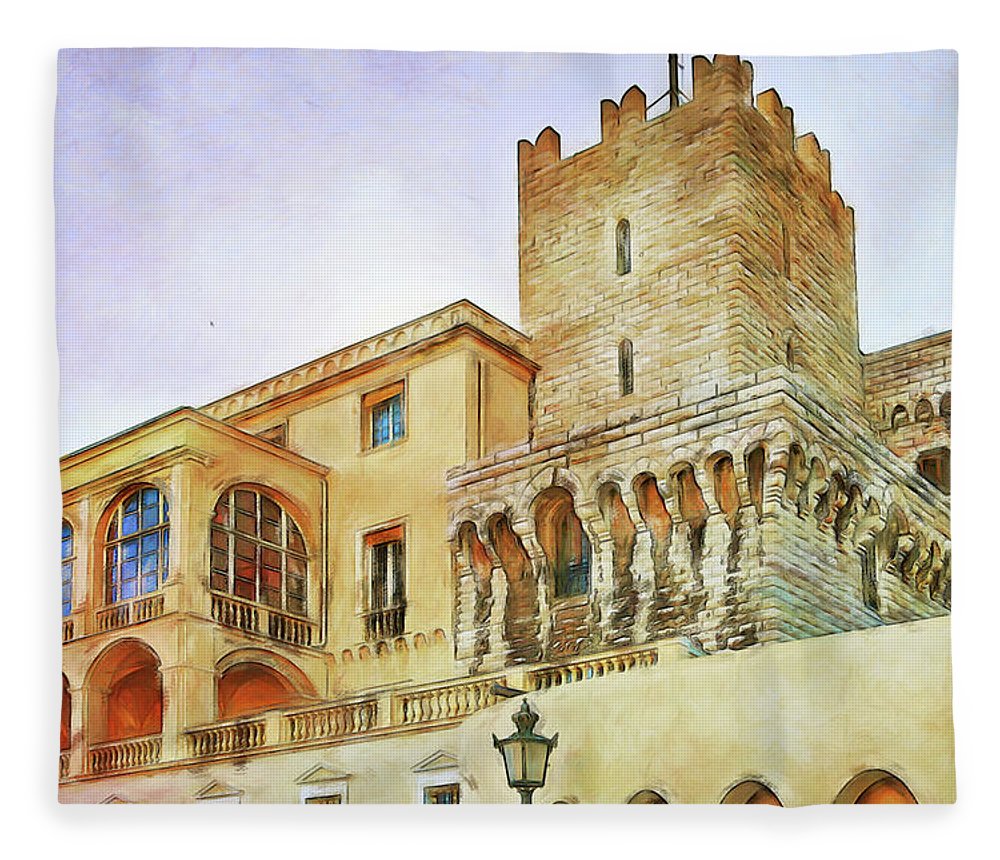 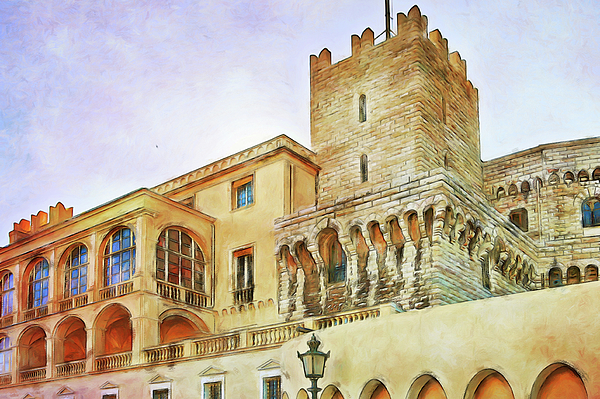 Boundary: Bleed area may not be visible.

Click and drag to re-position the image, if desired.

The image is near the edges of the product but doesn't cover the entire product.   Some of the background color may appear around the outside edges of the image.

Our luxuriously soft blankets are available in two different sizes and feature incredible artwork on the top surface. The bottom surface is white. Our 100% polyester blankets are available in two different styles: plush fleece and sherpa fleece. Plush fleece blankets are soft and fluffy on both sides, whereas sherpa blankets are smooth like a soft sweater on the artwork side (i.e. shorter threads) which provides for a sharper image. Looking for a recommendation? Go with a 60" x 80" plush fleece blanket. It's soft and luxurious on both sides... the artwork looks incredible... and the size is just right for everyone.

Facade of the Royal Palace in Monaco Monte Carlo, built inside of the medieval fortress in 1215 (you can see one of the towers behind). The Prince's... more

Thank you, L A Feldstein for favoriting my artwork! :)

Facade of the Royal Palace in Monaco Monte Carlo, built inside of the medieval fortress in 1215 (you can see one of the towers behind). The Prince's Palace is main attraction of the Principality of Monaco on the French Riviera, Southern Europe. I visited it inside too, but no photos were allowed. Fortunately outside there is a lot to see, including the beautiful vista of the Mediterranean sea, and the historic town, shown in previously uploaded images

Welcome to my FineArtAmerica website and store. Here you will find a variety of photographic work I created based on my travels. In my pictures I'm trying to capture the sense of the places I visited and what I found interesting about them: history, architecture, lifestyle and unique moments. Those seen but not noticed type of things things are among my favorites. I enjoy both shooting photos and digitally playing with the images for a more artistic look and feel. The digital era of my life started in 1994, when after migrating to Canada I attended the Computer Graphics section at College Lasalle in Montreal - Oui, je parle francais aussi Back in Eastern Europe I was a hydro engineer, but doing artistic things was always my...