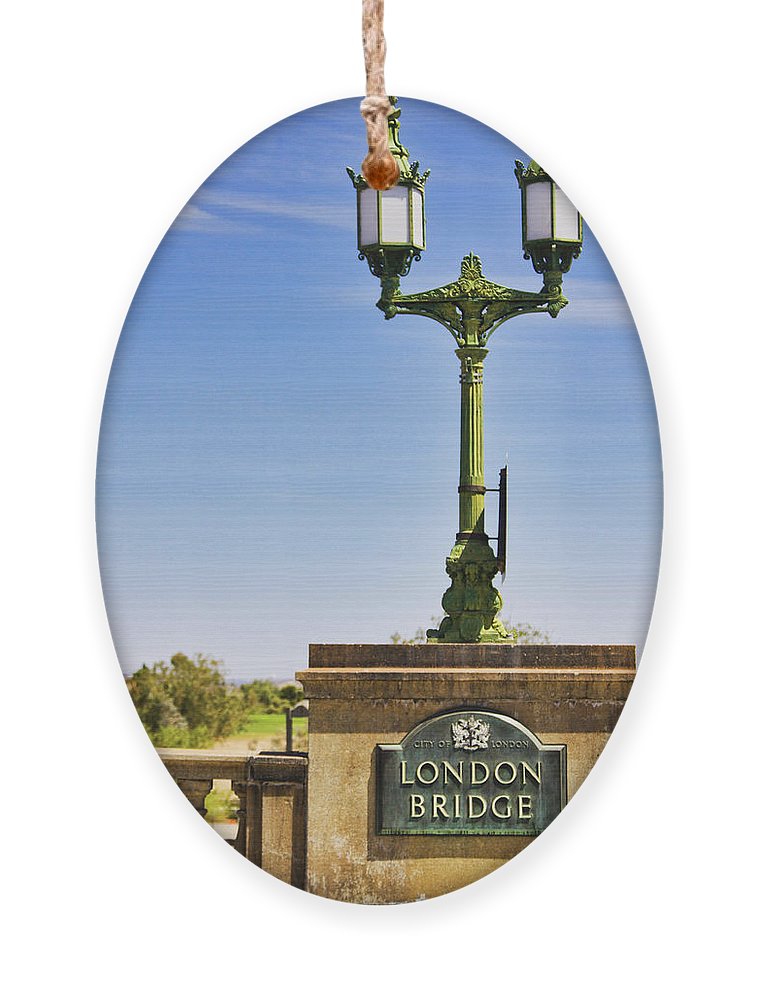 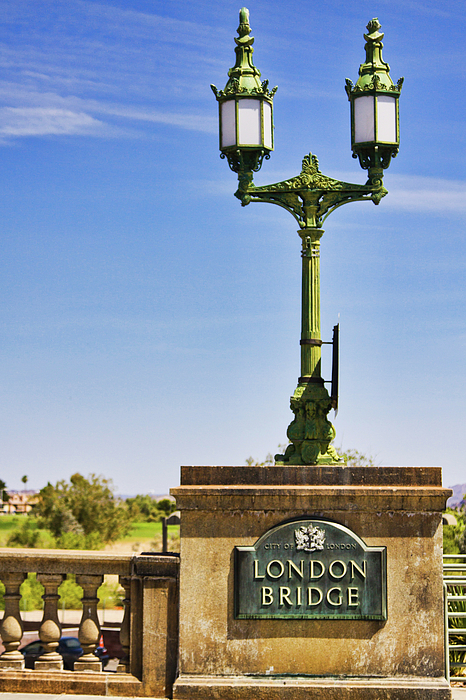 Boundary: Bleed area may not be visible.

Click and drag to re-position the image, if desired.

The image is near the edges of the product but doesn't cover the entire product.   Some of the background color may appear around the outside edges of the image.

Our wooden holiday ornaments are 1/2" thick, approximately 4" tall, and include a string for easy hanging and a magnet on the back for use on refrigerators.   Ornaments are available in six different shapes, including: stars, hearts, bells, trees, ovals, and stockings.

As an evidence of authenticity, I photographed the London Bridge original sign and street lamp as they were in the English capital since the 1830's.... more

Gently clean with a damp cloth.

Featured in the "Bridges" art gallery at Fine Art America - Thank you! :)

Featured in the "Just Perfect" art gallery at Fine Art America - Thank you! :)

Featured in the "Lady Photographers and Artists" art gallery at Fine Art America - Thank you! :)

What a beautiful lamp!

great take on this historic piece

Like Kathy I immediately had the childhood song pop into my head. Great photo and description.

As an evidence of authenticity, I photographed the London Bridge original sign and street lamp as they were in the English capital since the 1830's. The sign is shown at the entrance (from downtown) of the famous bridge that has been rebuilt in Lake Havasu City, Arizona. Bought by McCulloch, the historic bridge has been disassembled, transported and rebuilt piece by piece in 1967 and it crosses today Colorado River. I wrote more about this in my blog: https://vegasgreatattractions.com/london-bridge-at-lake-havasu-arizona/ * The buyer didn't make a mistake, as some believe, and he was never under the impression of purchasing the Tower Bridge of London. He bought the "London Bridge", which stands proudly today in the USA, as the highest visited man-made attraction of Arizona.

Welcome to my FineArtAmerica website and store. Here you will find a variety of photographic work I created based on my travels. In my pictures I'm trying to capture the sense of the places I visited and what I found interesting about them: history, architecture, lifestyle and unique moments. Those seen but not noticed type of things things are among my favorites. I enjoy both shooting photos and digitally playing with the images for a more artistic look and feel. The digital era of my life started in 1994, when after migrating to Canada I attended the Computer Graphics section at College Lasalle in Montreal - Oui, je parle francais aussi Back in Eastern Europe I was a hydro engineer, but doing artistic things was always my...